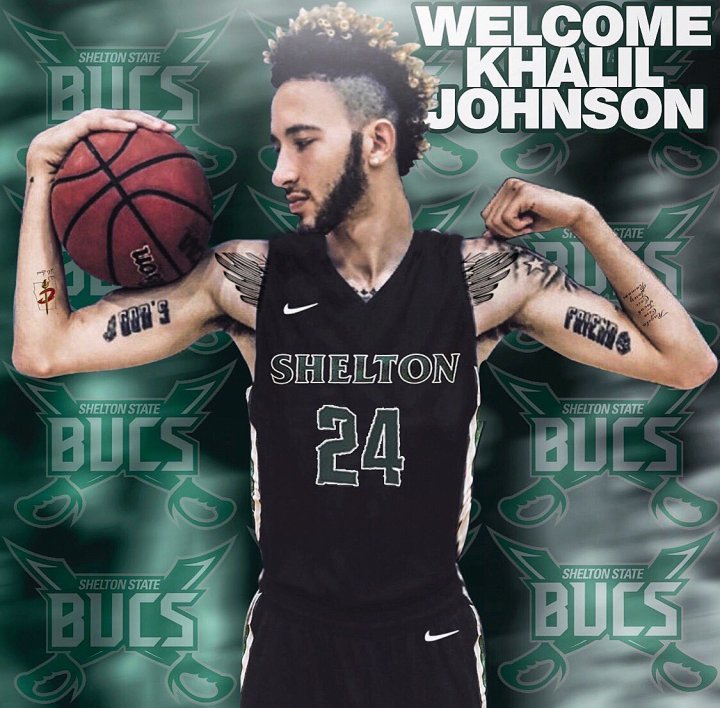 The Jamboree events have proved to be effective for 6-8 small forward Khalil Johnson of Shelton State Community College (AL).

The 2020 junior college forward has seen more programs get involved due to the Jamboree events, and has picked up scholarship offers as well due to his play.

“These past few months at these Jamborees I’ve shown coaches at 6’8 I’m a shot maker and can create my own shot if necessary,” Johnson said. “I really picked it up on the defensive end by just being in position and took some charges, rebounded and passed the ball well.”

Arkansas-Little Rock was one of his most recent offers, and he was excited to hear that they were offering him a scholarship.

“First big time offer from a great school,” he said. “They have a good program and always had a great opportunity to go far in the NCAA tournament. The Sun Belt Conference is definitely has a lot of talent and all the teams play at a high level, and I feel like I can match that same energy.”

Johnson plans to take his time with the process and be patient with his recruitment. He wants to wait it out to see if more programs get involved so that he can be in the best position going forward to play basketball at the next level.

“I’m still undecided on where I want to go. I still feel like I have a lot more to prove that I can play on the highest level consistently,” he explained. “I’m looking to see if I can get some high major offers so I can be put in positions to be successful and further my dreams of playing NBA/Pro. So, I’ll probably be a late signee unless something happens soon.”

The focus now is to just keep his head down and continue to prove his worth. A lot of coaches have been in for him lately, and a lot of them like the versatility he brings to the wing.

“Coaches like how versatile I am and that I can play in and out, play multiple positions and space the floor because of my ability to shoot,” he said. “[Also] my decision making because I pass the ball very well and I rebound the ball especially on the offensive end. Defensive rebounds I can go coast to coast but usually look for the open man.”