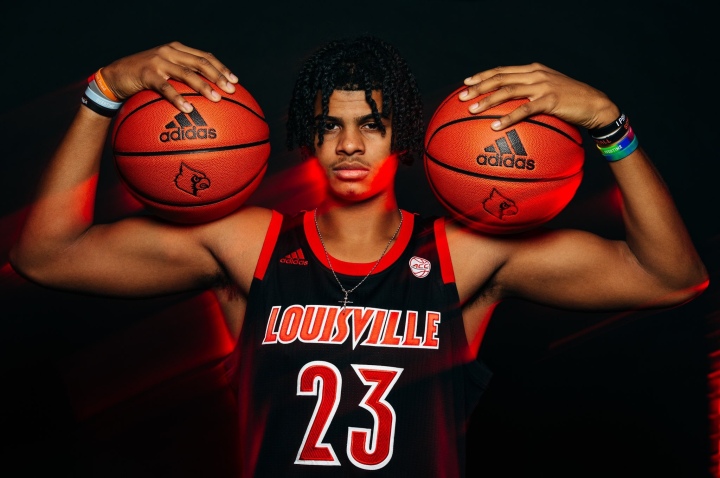 Rivals and 247sports four star wing Bryce Hopkins announced via Twitter that he was committing to Louisville.

He chose the Cardinals over offers from Indiana, Wisconsin, Missouri and more.

“Every time I’ve gone [to Louisville] the coaches have been genuine and they had a great vision for that I loved,” he told ESPN recruiting analyst Jeff Borzello. “I felt completely comfortable with the coaching staff.”

He becomes the first recruit in Louisville’s 2021 recruiting class.

Hopkins starred on the AAU circuit with Mokan Elite’s 16U program. At the Peach Jam, Hopkins averaged 18.3 points and 6.0 rebounds on 60-percent shooting. He also put up 32 points and 11 rebounds against the eventual 16U Peach Jam champion Team Griffin (OK).

Hopkins will add a versatile forward that can play on the wing as well as play some small ball four. He’s at his best when he’s putting the ball on the floor and making plays towards the rim. At 6-7, he has good handle and will be dangerous under the tutelage of Louisville head coach Chris Mack.