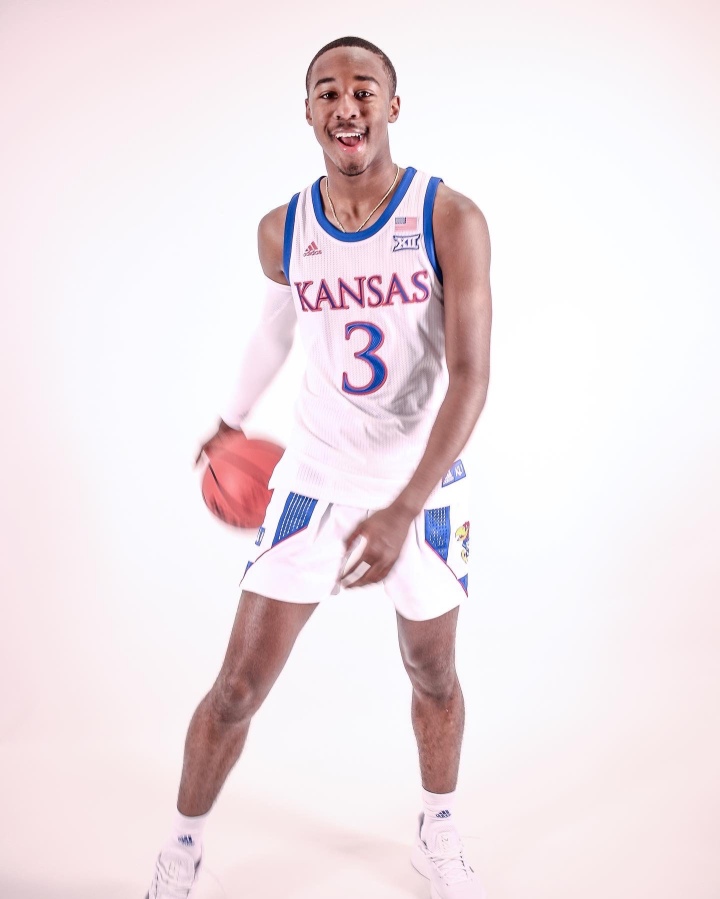 “Great fit for me. He told me everything, where I could fit in,” he told Evan Daniels on CBS Sports HQ. “He showed me a lot of film. He showed me where I can go in and make an impact.”

He is the son of former Tulsa standout Rod Thompson, who Bill Self coached for one season.

“Kansas is a great school. I had a great visit with a lot of players. Coach (Bill) Self is a great guy. Coach Norm (Roberts) and all of the other assistants have done a great job recruiting me and making sure that I know that it is a home away from home. My dad and Coach Self have a great relationship, as well as Coach Norm. They were here at the University of Tulsa, so that was obviously a big plus. They’ve also been there for a long time. It’s a great school with great tradition.” – Bryce Thompson tells TulsaWorld.com last week.

Thompson becomes the first five-star commitment for the Jayhawks since November of 2017.